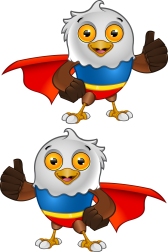 America- the land of the free and home of the brave. Also the country of guns, guns, guns. The last few weeks have given us another full frontal view of what it means to “bear arms” in a country with almost as many guns as people. So here are just a few of the things that have happened that we need to think about:

So let’s review. Fewer Americans own the majority of guns in the land of the free. People are open carrying these guns in small numbers but have managed to pass laws to allow people without proper vetting to carry guns in public. And in states where standing your ground is considered to be brave, if a shooting should happen while the “law abiding” shooter claims self defense the shooter does not have to face the usual legal process for killing someone.

More mass shootings happen in the land of the free and home of the brave than in any other country and they have increased in frequency. Some lawmakers are willing to sacrifice common sense for their adherence to a powerful gun lobby that represents a distinct minority of Americans. Follow the money. Conceal and open carry laws allow for the proliferation of guns on our streets and in our neighborhood public places. And we have learned from a study cited in an article above that people who own and carry guns do so in fear of other people. Law enforcement officers can’t tell “good guys” with guns from “bad guys” with guns. And are black men legally carrying guns more likely to be deemed “bad guys” with guns than white guys with guns? I’m just asking.

“Law abiding” gun owners are not locking their guns safely away from being stolen by those who shouldn’t be able to get their hands on guns. We don’t pass laws that include mandatory reporting of lost and stolen guns and we have no laws requiring that guns be locked securely away from ammunition. Guns make it to the streets and the illegal market when they are stolen. Of course the fact that we allow those very same people who are deemed to be prohibited purchasers at a federally licensed firearms dealer to buy those very same guns from private sellers on-line or at gun shows and flea markets is ludicrous and dangerous.

We are free to own and carry guns in America. But we should be free from devastating gun violence as well. We don’t have to sit by and let this happen. The corporate gun lobby, through it’s lapdogs in Congress,  has suppressed research about the causes and effects of gun violence. Luckily for the brave amongst us, there are non-government researchers who are showing us the real problem with guns. They are a risk to those who own and carry them and become a risk to other innocent people as a result. We know, thanks to research and surveys done by credible sources, that fewer Americans own guns but own a lot of them on average. That being the case, how do we get our elected leaders to stop bowing to a very well funded and vocal lobby which represents mostly themselves and not average gun owners in the land of the free?

Maybe exposing their votes and their acceptance of campaign contributions from the gun lobby will help. The Brady Campaign has released a new lapdog scorecard showing who are the lapdogs for the gun lobby in Congress. Check it out. You can click on your own state and find out. The thing is, the majority of Americans, gun owners or not, and even NRA members, support strengthening our gun laws. If this is the land of the free and home of the brave, the brave need to speak out and do the right thing in the name of saving lives.

The model of fear is a bad idea when dealing with deadly weapons. Some in our country have ramped up fear of others, fear of those who don’t look like us, fear of shadows lurking in every corner awaiting a chance to get us. If you don’t believe me, you can look at this new campaign ad made by the NRA about why gun owners should fear Hillary Clinton and vote for Donald Trump. It’s another big lie but it gets people to the gun stores. Follow the money.

Fear is not a good way to make laws and change the conversation. It is counter productive and leads us to fear the wrong things. Why are we not fearful that just about anyone can gain access to a deadly weapon and carry it around in public or use it for bad intentions? Why are we not concerned that those on a no-fly list are not on the no-buy list for guns? Though not a perfect solution, it sure seems like we ought to be able to stop at least some dangerous people from being to get guns.

If you think all of this is insane, please get involved to make the changes we all deserve. That would be changes to gun laws to make them stronger so we can prevent some of the daily carnage. It also means changing the conversation to make people think twice about whether or not a gun for self defense makes sense for them. And if it does, at the least, make sure these folks have good training in using a deadly weapon designed to kill other people and have the common sense to lock up their guns unloaded to avoid stolen guns or someone, like a child or teen, accessing the gun. And make darned sure that dangerous people or those who could become dangerous to themselves or others either can’t get guns or have them removed until the danger is over or permanently, whichever happens first.

We have work to do. But we also have to counter erroneous claims by the corporate gun lobby that have become common talking points in our country. If we are the land of the free and home of the brave, we need to be brave enough to stand up for the truth and against those whose claims about freedom do not reflect reality.