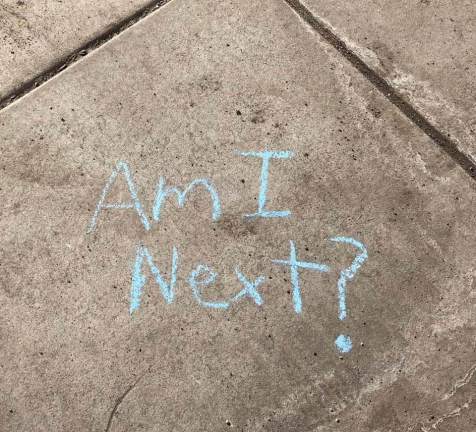 Since I wrote my last post, the #NationalWalkoutDay has occurred. In my area, almost every middle and high school and the local University participated in different ways. It is estimated that between 500-800 students in the Duluth and immediate area walked out. Nationwide about 1 million students took part in the day.  That is a loud message to Congress and legislators who have been ignoring the shootings and failing to protect our kids from dying in a school shooting.

Having worked with some of these young organizers, I have learned more than a few things. The first is that the kids know what they are thinking and know what they are doing. They have very strong feelings about feeling vulnerable to shooters in their schools. This is the generation that has grown up with regular lockdown drills and also regular real lockdowns. They are afraid.

They also understand that some of the adults in their sphere and nationally have failed them. This opinion piece was in my local paper a few days ago:

You will also be made out to be somebody who does not have a mind of their own and is being manipulated by adults telling you to do this. But what they seem to forget is that students your age don’t always feel the need to listen to adults anyway. And you know what? You shouldn’t, and here’s why: You are supposed to develop a mind of your own. It’s what we want you to do. Some adults find it easy to criticize your generation for not having any depth and only caring about selfies and YouTube. They say you can’t handle real life issues and that you break down and cry too easily. (…)

You are not perfect, and adults have a lot they can teach you about a variety of life issues; however, at some point soon you will become adults, too. And let me tell you, right now this world is in dire need of more people who are willing to make positive change in the dark issues that us current adults have created. So kids, keep your heads high, your mind sharp, your skin thick and your hearts big.

If you read the comments on the article, you will find adults spewing the usual NRA talking points but they are weak and hackneyed in today’s world of school shootings. They prove the point of the article writer quite nicely. Some adults hate that the kids are speaking out. They are a powerful collective voice for common sense that is being heard by those who have become deaf to the voices of victims and people concerned about the devastation of gun violence in our country.

They’ve got this. My local chapter sent observers to the student walkouts on Wednesday to support them. All adults who stood behind the students were overwhelmed by the 17 minute silence, die-ins, empty shoes, chalk writings, poetry, music and the silence. Did I say silence?

We were moved to tears. The students- so respectful, so organized, so brave, so thoughtful, so knowledgeable, so committed, so articulate. I am in awe.

The walkout that I attended was silent. All students left their campus in downtown Duluth and walked silently in single file one block to the main street of Duluth and stood on the sidewalk with arms linked. No one spoke. Some of the kids had placards around their necks with the names of the Parkland shooting victims on them. After a few minutes of standing a few students broke away from the line and began writing names of victims, school shootings and sayings with chalk on the sidewalk. Again- in silence. One girl cried. Several comforted her.

After 17 minutes, the students walked back to their campus- again in silence and left the adults who were there with hope in the upcoming generation of young adults. They have challenged the common wisdom on the issue of gun violence in a way the adults have not been able to do. They are not afraid of the NRA and they have no time for adults who are. Learn from them. They have the courage to stand up and say what needs to be said.

This article has more about the walkouts in my area.

The video below is one of my favorites:

Enough Dana Loesch. No more sanctimony and fake news. Your words are meaningless next to the words of the students.

And here is Loesch ripping on the Women’s March and the students who walked out.

We’ve had #enough and so have the students.

If Loesch and her bosses at the NRA think this is just kid stuff and not to worry, I suggest they check out what these young people  said at one of the walkouts. Senator Elizabeth Warren has it right ( from the article):

Sen. Elizabeth Warren of Massachusetts was among a handful of Democratic lawmakers to greet student speakers.

“The NRA has held Congress hostage for so many years now,” Warren told MSNBC. “These young people are here to set us free.”

The students have already set us free in so many ways. More adults are now freer to say what needs to be said to the corporate gun lobby’s lies and deceptions. The students are speaking out loud what the rest of us have been saying amongst ourselves for many years:

For the adults who don’t get what is going on, this one is for you: