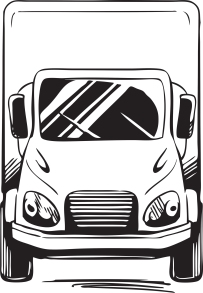 Of course the talk turned last week to the terror attack in New York City as it should have.  The reaction was horror and outrage. Our President wanted immediate action to ban citizens from certain countries from entering and to make our already extreme vetting more extreme.

Not so much after the Las Vegas shooting when it was much too soon to discuss any policy changes because…. rights. Never mind that #45 rarely mentioned the victims of the NYC terror attack because he was too busy blaming Senator Schumer for the law that allowed the “terrorist” to enter the U.S. in 2010. He was wrong.

There have, of course, been other terror attacks in the U.S., including many that included mass shootings. But those who owe allegiance to the corporate gun lobby prefer not to acknowledge the attacks involving guns as terror attacks.

So let’s consider a few things that have made the news or have been brought to our attention since the Las Vegas shooting and during the most recent terror attack:

Ought we to have truck control since that seems to be the new terror method used by extremists?

Could someone with a carried gun have saved the day in the NYC attack?

And speaking of the gun lobby myth that armed citizens can and should save the day in a public shooting, check out this article about how that idea backfired in the latest Walmart shooting in Colorado. (It is not uncommon for shootings to occur at Walmart stores but this one was more deadly than most) . From the article:

But police in Thornton, Colo., said that in this case the well-intentioned gun carriers set the stage for chaos, stalling efforts to capture the suspect in the Wednesday night shooting that killed three people. (…)

But the videos showed several people in the store with their guns drawn. That forced detectives to watch more video, following the armed shoppers throughout the store in an effort to distinguish the good guys from the bad guy, Avila said.

Investigators went “back to ground zero” several times as they struggled to pinpoint the suspect, he said.

And finally this, from the linked article:

In a 2014 FBI report, researchers examined more than 100 shootings between 2000 and 2012 and found that civilians stopped about 1 in 6 active shooters — usually by tackling the gunman, not shooting him.

The corporate gun lobby is deceiving us.

We must do a better job of getting out the common sense discussion about how risky it is to have loaded guns sitting around the house ( or in public places). This Texas mother had a gun. She shot and killed her two young daughters.

A domestic shooting in Wisconsin took the lives of 3. The headlines call this an altercation. When a gun is readily available altercations turn to death in seconds.

This Minnesota couple is dead from a murder/suicide– another altercation between people who knew each other or had a relationship.

Deer hunting season opened this week-end in Minnesota. Every year there are mishaps with hunting guns that end in injury or death.

But sometimes those hunting “accidents” are actually intentional shootings.

Last year, a Minnesota father of 4 was out hunting and was murdered in the woods. The rifle used has now been found. Armed with a hunting gun, someone shoots someone out in the woods intentionally and it often appears to be an “accident.”

On top of everything else, gun deaths are on the rise in America. No thanks to the corporate gun lobby’s refusal to support any effort to lower gun deaths. From the article:

Overall, the firearm death rate rose to 12 deaths per 100,000 people last year, up from 11 in 2015, according to the report released Friday by the Centers for Disease Control and Prevention. Before that, the rate had hovered just above 10 — a level it had fallen to in the late 1990s.

So yes, trucks are a new weapon of mass destruction used now by terrorists. There have been an increasing number of these kinds of attacks. And we need to do whatever it takes to stop them from happening.

Guns have been the weapon of choice for many of the acts of terror committed daily and mass shootings on a regular basis. From the article:

But a new study suggests that these violent methods, while all horrific, are not equally deadly.

In a research letter published Friday in JAMA Internal Medicine, investigators report that although guns were used in fewer than 10% of terrorist attacks worldwide between 2002 and 2016, they were responsible for more than half the resulting deaths.

There should be no equivocation when it comes to that. If we leave the solutions in the hands of those who have a vested interest in selling weapons of mass destruction, we will not get this right.

We have now learned that the Las Vegas “terrorist” was depressed over losing a lot of his wealth gambling over the past few years. Why that is a reason to shoot innocent people is the big question. But when you have access to as many guns and dangerous accessories you want or need, it’s easy to act out your anger and depression.

One state just got it right. Massachusetts passed a ban on bump fire stocks. This is what happens when legislators and the Governor are not loyal to the corporate gun lobby. Common sense actually dictates public health and safety.

In what country or world is this OK? It is not too soon to talk about how we can prevent the daily carnage of gun deaths. It is too late. On behalf of the 104 Americans who lose their lives every day to gun violence, I will work to reduce that number and prevent shootings.

Since I posted this, there has been a mass shooting at a church in a small Texas town. Early reports are that there are multiple deaths and injuries. They keep coming and coming and coming. How many more? How many times have I asked that?

We have all become victims of the corporate gun lobby and an impotent Congress that cares more for ideology and campaign contributions than human lives. We are held hostage by this group of Americans and continue to watch as victim after victim piles up.  As a friend wrote in an email: ” We Are being denied legislative and policy relief through preventable solutions, that we know work, and could save lives!”

We live in troubled and dangerous times. If you don’t think this can happen anywhere in the U.S. you are mistaken. It has, and it will. That’s when you have to realize that none of us are immune to the whims of a shooters who can amass weapons of mass destruction and multiple rounds of high capacity magazines. The shooter used an AR-15 type semi-automatic assault rifle. By all accounts, he was using magazines with multiple rounds.

Texas has loose gun laws and is an “open carry” state. How would anyone know if the shooter was up to a crime by just looking at him walking around with a rifle?

This is a sad day for our country.