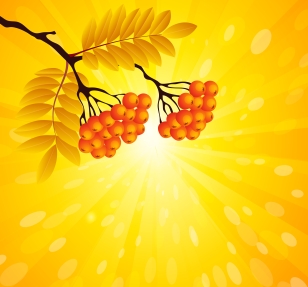 So many Americans will have empty seats at their Thanksgiving tables this year because of senseless acts of gun violence. Some will be because of gun suicides, the most common form of gun violence in America. I send my hugs and condolences to those families. But wishes, hugs and forms of sympathetic expressions are just not enough.

And for the families of the 4 officers who were shot in just one day, 2 of whom were allegedly targeted by some ill intentioned person with a gun, there will be no normal Thanksgiving and maybe not for many years. One officer died from his injuries. From the article:

McManus said he believed Marconi was slain because he was a police officer.

“I think the uniform was the target, and the first person who happened along was the person he targeted,” McManus said. (…)

In St. Louis, a police sergeant was hospitalized in critical condition but expected to survive after being shot twice in the face Sunday night in what the police chief called an “ambush.”

In America ambushes by armed people against armed law enforcement officers have happened with some regularity.  Tacoma. Philadelphia. Pittsburgh. Iowa. New York. And others. So much for having a gun for protection ( as do officers) keeping you from getting shot by someone else with a gun.

Families are grieving. They have lost sons, brothers, uncles, fathers. They have lost sisters, mothers, daughters and aunts. And many of the deaths were avoidable if we only would put our heads together to prevent a portion of the devastation. We can do it. Of course we can. But we haven’t. It is an American tragedy that has been playing out for decades.

Those of us who have lost loved ones to gun violence can be thankful for the memories that make us both sad and happy. We can be thankful that we still have other family members and friends and that we can make the most of what we have. I know I am thankful for all of the wonderful people I have met over the years through my volunteer work with various gun violence prevention organizations. I feel thankful that there is a network of victims and survivors nation-wide who can share their stories and help each other get through the bad times. And I am thankful that so many of them have become stronger people as a result of their stories and their advocacy.

Today is the anniversary of the assassination of President John F. Kennedy. If you were alive then, you can’t forget where you were or the aftermath of that tragedy. Just thinking about it now makes me anxious because the days right after the assassination were so potently sad and full of fear and anxiety for Americans. We watched much of it unfold on national television which made it all the more horrible.

The Kennedy family has suffered 2 such assassinations and have had empty seats around their Thanksgiving tables for a long long time. The pain and memories never go away. My family has had an empty chair for almost 24 years now. Holidays are always times that bring forth memories and now, we can mostly find happy ones. But the hole left in our hearts never goes away.

And so it is in America.

We could strengthen our laws to stop at least some people who shouldn’t have guns from getting them by requiring Brady background checks on all gun sales. But we aren’t doing that. We could do more about lost and stolen gun legislation and launching public health campaigns about the dangers of not storing guns safely at home. ( 400 guns were stolen by teens from the home of a felon who could not possess them.)

Does one person need 400 guns? What was the felon going to do with these guns? How and why did this felon even have these guns given that he can’t legally buy them from federally licensed firearms dealers? And what were the teens planning to do with them?

We could be talking more about the danger of unlocked, loaded guns in homes where children live. Why aren’t we doing more about this? The gun lobby doesn’t really like this kind of talk.

We could be talking more about the risk of loaded guns for people who may have mental or physical health problems that could make them dangerous to themselves or others. But we aren’t really doing much about that either.

The thing is, most Americans have common sense and actually want something to be done. The Center for American Progress did a post election poll of Trump and Clinton voters. The results may surprise some people but not me. I know that all polling, at least about gun violence prevention measures, has been the same for decades. They show strong support from Republicans, Democrats, gun owners, non gun owners and even NRA members for requiring background checks on all gun sales.

What about this does the gun lobby and its’ minions in Congress and state legislators not get?

Oh right. It’s the gun industry and the corporate gun lobby that have those folks at their mercy. How sad is that? And Donald Trump says he’s going to “drain the swamp”?

I have my doubts. If he decides to stay beholden to the lobbyists of the gun industry who manage to get their way in spite of what the public wants and in spite of the continuing gun violence epidemic in our country, he will be adding swamp monsters and filling it up.

But victims and survivors move on with their lives. Many of them work hard for gun violence prevention measures and speak out against the deceptions presented by the corporate gun lobby. More guns do not make us safer. There is proof of that in every day incidents that leave innocent people dead from their gunshot injuries. An armed society is certainly not a polite society and gun free zones do not lead to more gun deaths.

Let’s be thankful for those who have common sense. Let’s be hopeful that our Congress and state legislators stop following the money and being lapdogs for the gun lobby. Let’s also be hopeful that President-elect Donald Trump will be willing to shake things up regarding the gun lobby’s influence on our country’s gun policies.

Happy Thanksgiving everyone. Be safe out there. As I often write, gun violence does not take a holiday.