They are lapdogs for the NRA and other special interests.

The cynical and evil leadership of the NRA suggested that they may be able to support a ban on bump fire stocks. NOT. Not even that very small measure will pass muster with this group of disingenuous group of guys who represent the industry that sells these things.

So where are we? We are where we are after every one of the nation’s mass shootings. Lapdog and weak politicians with no backbone are afraid to do what they know is right. Because…..rights.

Rights? Where are the rights of Americans to be safe when going to concerts, shopping at malls, going to college classes, sitting at work or school, having a drink at a nightclub or at a military base? They don’t count. Death is not their concern. If it was one of their own though,

The gun issue is not untouchable. We will make it touchable. We will demand answers and demand solutions. Politicians will have to address it. They will not be left to avoid it any more. Some are already changing their tune:

Another Democrat who had once been in the NRA’s favor, Rep. Tim Walz (Minn.), also donated a sum matching his past NRA contributions this week. Walz, who is running for governor and was under pressure from a Democratic primary opponent, sent $18,000 to the Intrepid Fallen Heroes Fund, a nonprofit group that helps the families of service members who are killed or severely wounded.

“I’m doing what I can to get past the political attacks and back to addressing this problem,” Walz said, who also held an “A” rating.

They want to be elected and perhaps they are finally waking up to the common sense of the American voters. I have personally spoken with Rep. Tim Walz who is the only Democratic candidate for Governor with an A rating from the NRA. That is poison for him. We need to make it poison for all candidates. Gun violence is one of the most important issues of our day. It’s a public health epidemic that we are ignoring.

Speaking of NRA money, who does get the most money from the NRA anyway? Let’s take a look from the article:

Below are the top 10 career recipients of N.R.A. funding – through donations or spending to benefit the candidate – among both current House and Senate members, along with their statements about the Las Vegas massacre. These representatives have a lot to say about it. All the while, they refuse to do anything to avoid the next massacre.

Senator John McCain heads the list and had this to say about the Las Vegas shooting: ““Cindy & I are praying for the victims of the terrible #LasVegasShooting & their families.”” He has taken $7,740,251 from the NRA in his career as a Senator. It goes on from there. You get the picture.
No- your prayers and thoughts are insincere as long as you don’t have the spine to stand up for the victims and actually do something to prevent at least some shootings.
American support for stronger gun laws is at an all time high according to this latest polling after the Las Vegas shooting by Quinnipiac:

So Speaker Ryan and Republicans in control of our country- what say you?
Shame on them all. We need much more than a ban on bump fire stocks.
What we need is a comprehensive bill to make America safe again, including a ban on bump fire stocks, a reduction in the number of bullets in an ammunition magazine, a ban on certain types of assault rifles and the accompanying features that can be added to make them more deadly, universal Brady background checks, research into the causes and effects of gun violence, adequate funding for the ATF, stronger straw purchasing and gun trafficking laws, mandatory training before owning or carrying a gun, mandatory secure storage of guns, child access prevention laws, gun violence protection orders, limiting who can carry a loaded weapon around in public, and yes, perhaps even a system of gun registration.
These are my personal ideas by the way. Some of them, but not all, are shared by other gun control groups. But I am writing for myself on this blog post.
What we don’t need is concealed carry reciprocity, the NRA’s wet dream, that would leave us all with gun carrying yahoos walking around anywhere we are gathered in our communities without a shred of training with that gun and no permit to carry it. What we don’t need is for the deregulation of gun silencers so mass shooters can carry out their massacres making much less noise so law enforcement and victims can’t locate the shooter in order to flee or stop him.
Even Speaker Ryan got a spine for just a little while after the Las Vegas shooting. But never trust that the gun lobby will let it go away. They will be back. They will scare the lapdogs who carry their water into voting on a bill that makes no common sense and is a slippery slope to to doing away with the 1934 Gun Control Act.
I have spoken to many hunters and gun owners before and since the Las Vegas shooting. They agree with every one of these measures. And yes, to the gun extremist who doubted that my husband was a hunter and gun owner, he is. And he agrees with me and would even were he not married to me.
Oh, and I forgot to add the repeal of PLCAA and the Tiarht amendment and bringing law suits against gun manufacturers and sellers.
Speaking of that, the Brady Center to prevent gun violence has done just that. A class action law suit was filed earlier this week against the maker and sellers of bump fire stocks on behalf of the 22,000 or so concert goers whose lives were affected one way or the other by the heinous shooting of 58 of them and the injuring of about 450, some still in serious or critical condition.
Here is just one story to think about:

Like the rest of America I learned of the latest mass shooting in Las Vegas last Monday morning. My first thought was there will be fatalities. Families like mine receiving the devastating, life-altering news that a loved one has been murdered. That friends and family members will never come home again. More lives taken by bullets. These families will unknowingly and unwillingly join the sad club that no one wants to join. Tragically this club continues to grow, because a small loud vocal group of extremists love their guns more than they love their families. So I cry out to you America, it’s time to rise up and out shout the extremists to honor the 58 lives cut down at a music concert. It’s time to rise up and help me and thousands of other gun violence survivors, so that your family won’t receive the devastating phone call that a family member has been murdered by a disturbed man with a gun. Pick up your phone and call your U.S. Congressman and Senator and demand they fight for gun safety laws.

Speaker Paul Ryan- where are you? Senator Mitch McConnell- where are you?
Hiding in plain sight behind the second amendment with absolutely no backbone or will to protect your fellow Americans from senseless shootings. We know how the Las Vegas shooting happened Speaker Ryan, since that was your excuse to do nothing. It was the guns stupid. It was our nation’s feckless gun laws that allow easy access to weapons of mass destruction meant for war that allowed this to happen.
Get a backbone. Get some common sense for the love of God. If you are too weak to even consider challenging the corporate gun lobby over bump fire stocks that were used to massacre 58 Americans in cold blood, you don’t deserve to be sitting in your seats. Go home and be with your families and let those who are bold, courageous and with backbone do what needs to be done.
The thing is, every country has angry men. Every country has people who are dangerously mentally ill or who are felons or domestic abusers. But only in America do we have these people accessing arsenals of weapons to inflict mass destruction. 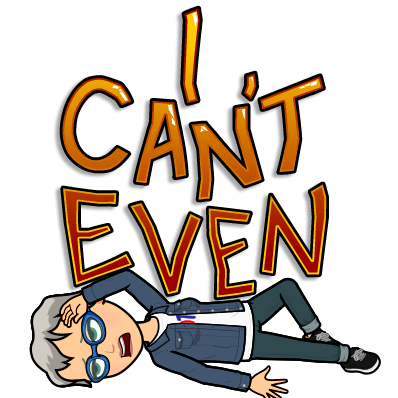