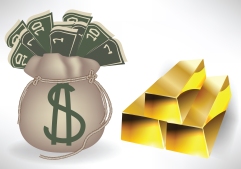 The NRA, the Russian investigation, power, money, corruption, influence on elections, Trump and the 2016 campaign. What could possibly go wrong?

If this allegation is true, it shows how far the corporate gun lobby will go to gain and hold on to their influence over our political system. From the article about the FBI investigation into the influence of Russian money, the NRA and the Trump election:

However, the NRA reported spending a record $55 million on the 2016 elections, including $30 million to support Trump – triple what the group devoted to backing Republican Mitt Romney in the 2012 presidential race. Most of that was money was spent by an arm of the NRA that is not required to disclose its donors.

Two people with close connections to the powerful gun lobby said its total election spending actually approached or exceeded $70 million. The reporting gap could be explained by the fact that independent groups are not required to reveal how much they spend on Internet ads or field operations, including get-out-the-vote efforts.

We know that Trump attended the NRA’s annual meeting to lie about his support for their dangerous policies. And we know he received a large campaign donation from the organization along with support by way of letting supporters know that they should vote for this unfit man:

A supporter of restrictions on guns before he entered politics, Mr. Trump became a fierce champion of gun rights during his bid for the White House, earning early backing — and $30 million in campaign support — from the powerful lobbying group.

“Only one candidate in the general election came to speak to you, and that candidate is now the president of the United States, standing before you,” Mr. Trump said. “You came through for me, and I am going to come through for you.”

There it is for all to see.

This is simply corrupt and absolutely not OK. We need to keep our eyes and ears open.

The book, “Dark Money” reveals the extent to which this is happening in our democracy, if you can call it that given that money is buying elections and influencing important decisions on behalf of the American people. From the review of the book:

A careful exposé of the libertarian agenda, spearheaded by the Koch brothers, to “impose their minority views on the majority by other means.”

As people who read my blog know, I often talk about how the gun lobby represents a distinct minority of Americans and even gun owners. But their agenda is about money and influence which works against the majority. For decades that money and influence has bought us terrible policies that are dangerous to public health and safety. Such laws as “Stand Your Ground” and ” Constitutional Carry” allow people with guns to get away with murder and for people to openly carry guns in public places where most people do not want them. And if the agenda of passing “Concealed Carry Reciprocity” were to move forward and get the support of the Senate, just about anyone would be allowed to carry loaded guns wherever they go.

These are the wishes forced on us by the minority who have money. Money talks.

Left in the wake of all of this are the victims. But victims don’t talk. Sometimes they have a voice and survivors like former Representative Gabby Giffords, for example, speak as well as they can in demanding common sense in the halls of Congress and state legislatures.

Unfortunately for us, her voice and the voices of others like her are not loud enough compared to the voices of money. Many of our politicians are lapdogs for the gun lobby. I posted this Brady Campaign video in my last post as well. It is still relevant:

Woe unto us if we let the money continue to influence the safety and well being of the public. The bodies are piling up in front of our eyes.

In Minnesota a few days ago, the combination of icy roads, an accident, and guns came together to lead to the death of a young driver:

What happened next was spelled out Wednesday in a criminal complaint that said Weiss, 25, of Rochester, who has a legal permit to carry a gun, shot the teenage driver of the other car at point-blank range when a confrontation flared.

The Olmsted County attorney charged Weiss, who says he acted in self-defense, with second-degree murder in the death of Muhammed Rahim, 17, the middle child of a family that fled Iraq six years ago. The charge is a felony that, with a conviction, carries a potential prison sentence of three to 40 years.

Weiss was arrested and jailed. He has since been released on bail.

Rahim’s passenger told police that he thought Weiss wanted to fight after the collision. He said he and Rahim threatened Weiss and that Rahim even dared Weiss to shoot him. There were no punches thrown, according to police, but Weiss said Rahim shoved him once in the chest.

Incidents like this should not lead to death. This was an accident, a misunderstanding, perhaps some strong words. But if one man had not had a gun, the other would be alive today. And claiming self defense may or may not work here. The victim was unarmed and only ( maybe) had words with the shooter. Is that enough to kill someone?

This is yet another of those “good guys” with guns that Wayne LaPierre so famously and nonsensically said after the shooting of 20 first graders, held up when pretending that only good guys with guns can stop bad guys with guns:

Sometimes even in states with Stand Your Ground laws, shooters have not gotten away with murder. The case of Jordan Davis, shot in Florida by a gun permit holder because of teens sitting in a car playing loud music, showed that murdering an unarmed person who simply annoyed someone isn’t an excuse.

The confluence of the Russia investigation into their influence on our 2016 election, with the NRA is an interesting situation. If the findings come out showing that it was, indeed, true, we need to hold the NRA responsible for their actions and expose the truth about dark money and guns.

This New York Times article expands on the possible collusion between the Trump campaign and the Russians through the NRA:

It’s important not to get carried away, if only because a scenario in which the Russian investigation ensnares the N.R.A., probably the most influential conservative group in the United States, seems a bit too much like Resistance fan fiction, too delicious to be true. Indeed, if it is true, it has devastating implications for the entire Republican Party, since many officeholders enjoy lavish financial support from the N.R.A. Still, an N.R.A. role in Russiagate would explain a few things, including why the N.R.A. has, in recent years, developed such a close relationship with Russia.

Follow the Money. People are dying. The gun industry profits. Gun laws are loosened. People unfit for office are elected with the help of the gun lobby. Our leaders are afraid to pass laws to save lives and protect us all from senseless gun violence.

The insatiable quest for profits for the gun industry, power and control of our democratic process may end in a very bad way. It would not be a surprise to most people who have come to understand that the NRA is not a gun rights group any more. It is an arm of the Republican party and is run by extremists.