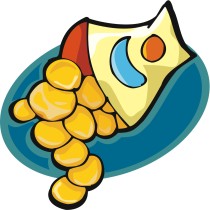 I frequently run into stories about people getting shot in arguments about simple things or objects just because. I have written about arguments over lawn mowers, garbage cans, property ( that’s a more common cause for a shooting), dogs, etc. But here is a new reason for shooting someone- eating my potato chips. Yes. It’s true. A South Carolina man shot and seriously injured his cousin after said cousin ate the chips he told him not to eat.

But the story started changing after the victim recovered enough for further questioning. The teen told investigators that Langdale shot him after warning him not to eat his salt and vinegar potato chips.

“Do not touch my chips, or I’ll shoot you,” Langdale allegedly told the victim according to a sheriff’s incident report, obtained by the Charleston Post and Courier.

People are killed for much more serious arguments actually. My sister is dead over a serious argument during a contentious divorce. No one should die because of that but a gun and several rounds of ammunition were available to my now dead estranged brother-in-law. And the result was 2 dead people. All because of money and a divorce.

I really am not fond of vinegar flavored potato chips. They are sour tasting to me but many love them. I guess a man with a gun loved them a little too much and now he is arrested for attempted murder.

It is about the guns after all. This man was presumably a “good guy with a gun” until he wasn’t. That’s the thing. It only takes seconds to make that very serious decision to use a loaded deadly weapon in the heat of the moment to seriously injure or kill someone.

Each of us has the right to “life, liberty and the pursuit of happiness” in America. Too often that right is taken from us for reasons that are beyond our control- like disease, weather ( Hurricane Michael), war, poor health, poverty, no health care, etc.

In our country, we can count on the daily carnage of gun violence as one way to take away life, liberty and the pursuit of happiness. Every day in our country is an American tragedy and yet we do nothing.

When will we ever learn? It’s not for lack of trying of course because many people like myself have been sounding the alarm and asking for common sense for decades now. And for that we have been treated like an “angry mob” and those bad people who will take away the guns of all of those “good people” and “law abiding” armed citizens.

The “angry mob” that our President and the GOP has now concocted as a reason not to vote for the Democrats is unarmed. The other angry mob walks around with AR15s strapped to their bodies and shows up in public places with loaded guns to intimidate the rest of us. Remember Charlottesville?

This is dangerous rhetoric fomented by our very own President and assisted by the corporate gun lobby with the promotion of fear and paranoia. Remember Wayne LaPierre and the “guys with the guns make the rules”?

No Mr. LaPierre. They don’t.

Let’s hope the rules are not made by armed citizens.  When that rhetoric is part of our national daily media, guys with guns get the idea that they just might be justified in shooting someone over potato chips or elections.

Elections are coming up. It’s October with less than a month to go. Peaceful and fair elections have always been the American way. Without that, we are not a democracy.

The statistics are chilling. When a gun is in the home, women are at great risk during domestic arguments.

This week I attended the annual fund raiser for Safe Haven which is a shelter for abused women in Duluth. Every year, either a woman who has been abused and used the shelter tells her story to the audience or a film is shown with interviews of some of the women who have been abused. Out of the 3 stories told by the women interviewed for this year’s film, 2 of them had experienced the terror of their abuser holding a gun to her head or having a gun aimed at her during the abusers abusive tirades. They lived to tell their stories.

A former District Court Judge was the keynote speaker for this event. He had seen a lot of domestic abuse cases over his years as a local attorney and then a judge. He spoke about seeing generations of men who had come before him as abusers- a grandfather, then his son and then his son. His message was that violence begets violence. Violence is not the way to win arguments or elections. But it can become the ultimate control over others.

I am adding this new report by the Brady Campaign about domestic violence and guns:

Every hour, 1,141 people become victims of domestic violence. About 3 people are shot and killed every single day by an intimate partner with a gun. Millions more are victimized, threatened, intimidated, or terrified into silence by the presence of one. They will survive with emotional (and sometimes physical) scars of the time that a person they loved hurt them. The stories of Sara, Kate, Rachael, and Kimberly are the voices of real people who have been affected by the intersection of domestic violence and guns in this country. Sara and Shelley didn’t survive their attacks. We owe a duty to them and to the survivors who lived. It is our job to call on Congress and state legislators to pass meaningful laws to prevent more men and women from becoming victims of domestic violence every year.

There is much much more to the above linked report including the real stories of women who have survived domestic violence- or not.

Loaded guns can become weapons of terror within seconds. The assumption is, or what I am told anyway by those who own guns for self protection, that a gun will be used to save the lives of one’s family during a robbery or an assault of some kind. But the thing is, owning a gun is risky business. Unless the owner is properly trained ( which many are not), stores guns securely in a safe away from the curious hands of a child or teen- or a burglar, they can be used to harm others.

There are certain facts here. A gun in the home is more likely to be used to kill or injure oneself or someone in the home than it is to be used for self defense. There are real risks associated with gun ownership just like the risks of driving while drunk or smoking in public places.

Check out the Brady Campaign’s End Family Fire site to learn more about the risks.

And I will end with some observations I made while tabling a few days ago for Protect Minnesota at the St. Louis County Health and Human Services conference. This conference is attended by social workers and health care personnel from all over the state and is always full of people ready to learn. Our table was a popular one. Many stopped by to take information and have conversations.

One woman took lots of our information about safe storage of guns, ASK, and talking points about gun violence prevention. She told me she was a social worker who went into many homes of families who needed services for one reason or another. In one home, a woman lived alone with her children after being abused by her spouse. She told the social worker that she kept a loaded gun in the dresser drawer next to her bed just in case he came calling. This horrified the social worker as she asked the woman if her children were also in that bedroom. She said that her 3 year old slept with her.

So the social worker explained the risks of having this loaded gun around unsecured both to herself and her children. They went to a local Goodwill store and found a gun safe there for less than $10 and brought it home. The gun is now secured in this small safe hidden in the bedroom closet.

That is common sense.

Also at that 2 day conference, we gave away 200 trigger locks before 10:00 a.m. of the first day. People support what we do and what to be safe if they own guns.

Had that South Carolina man had his gun safely stored and not at the ready in his hands, his cousin would not have suffered serious injuries over a dispute about potato chips and the shooter would not have been arrested. Both lives have been forever changed because of the gun.

That is the bottom line.