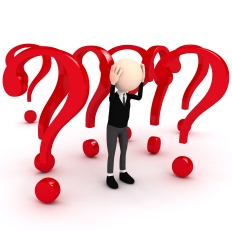 9. Who at the Glock corporation comprehended and approved of this and what state of mind were they in? Related: Who gets a job in social media at Glock?

10. Is the Glock corporation endorsing its products being used in baking, here?

11. What sort of statement, if any, is this pie trying to make? What does the Glock corporation imagine it says about its brand?

Also, where were all of those law abiding gun owners when bullets started flying at 4 different malls on Black Friday? Would the results have been different if someone with a gun got involved to save the day?  In fact, some of those shooting the bullets were ostensibly “law abiding” gun owners. Why does this keep happening? It wasn’t happening like this a few decades ago. But then the gun lobby decided that sales of guns needed to be boosted in order for the industry to stay in business and profit. When sales fell due to declining interest in hunting sports, they got busy and convinced lapdog politicians to do their bidding in state after state. The result?

….laws that allow people to carry guns into almost all of our public places and sometimes without even as much as one familiarity with a deadly weapon or any permitting to make sure the carrier isn’t a felon or domestic abuser or someone else who shouldn’t be allowed to own, let alone carry a deadly weapon around.

Two men were arrested at the scene on gun possession charges, including one man who was wounded in the shooting. The second arrested man “perhaps may or may not be affiliated with this event,” Harrison said.

If people were armed and not involved as a shooter, why didn’t they save everyone else? One of them was injured in spite of being armed. More information will let us know if these armed folks were “law abiding” gun carriers carrying their guns for self protection.

And just today, an incident at Ohio State University, at first reported as a campus shooting, turned out to be some sort of alleged planned attack. There were knives and a car involved. Gunshots were reported heard on campus which, as it turns out, were likely law enforcement responding to the incident and shooting the attacker. Law enforcement responded quickly with their guns to handle the situation. No armed students needed.

But when shots are heard on American college campuses it is assumed that there is a student with a gun determined to shoot up people on campus because that is how we roll in America. Of course an alert was issued about a mass shooter letting students know that the campus was on lock-down. Of course it was.

But this week there will be hearings in the Ohio legislature to allow students to carry loaded guns around on campus. Why? Because the gun lobby has convinced some that an armed society is a polite society and more guns will make us safer. Why? To increase gun sales, of course.

And I am guessing, the gun lobby will deceptively pronounce that if only students had been allowed to carry guns at Ohio State, someone would have been in exactly the right place at the right time to stop the incident. Why is it assumed that a student would know exactly what to do when law enforcement was already at the scene to take care of the incident? And why wouldn’t law enforcement believe that another armed student would be a suspect?

Ohio Ceasefire has this to say about the bill:

This proposed expansion of hidden, loaded weapons will do nothing to improve Ohioan’s safety or reduce gun violence, and will only serve to further normalize the presence of weapons in public spaces, furthering the interests of individuals and companies who profit from the sale of these dangerous weapons.

And then there is the notion that military assault style weapons like AR-15s are good to have around the house for self protection. Instead, this happened in Proctor, Minnesota near to my home town:

A 40-year-old man is in custody after allegedly firing shots from a rifle during a domestic dispute Saturday evening in Proctor, according to the Proctor Police Department.

One more question ( for now)- why are there a regular number of “accidental” gun discharges at gun shows? A gun “discharged” at a Montana gun show where loaded guns are not allowed. This lends the lie to the ridiculous notion that guns don’t kill people, people do. In this case, no one was killed but 2 were injured. Did someone pull the trigger or did the gun discharge on its’ own?

Why are we not doing the research into the causes and effects of gun violence and the role of guns and gun violence in America? That one can be partially answered by blaming the NRA for getting their lapdogs in Congress to ban this important and potentially life saving federal and state research.

And considering that we are coming off of and immersed in an interesting and tumultuous and disconcerting election and post election period, there are questions about the relationship of the NRA ( and gun lobby in general) to President-elect Trump and the media attacks. Why is the NRA so concerned about Trump continuing his attacks against the media? What is their interest in this? Does it have anything to do with guns and gun rights or is this about the “alt right” view of the country? From the article:

There seem to be no lengths to which NRATV won’t go to defend Trump. For example, during the show’s October 27 broadcast, Stinchfield attacked the media for covering numerous sexual assault allegationsagainst Trump, saying outlets should instead have been reporting on people who used guns in self-defense.

Like Trump, the NRA frequently pushes the talking point that the press is in cahoots with so-called global elites who are trying to take guns away from ordinary Americans. Most recently, the group’s leader, Wayne LaPierre, railed against the media in a post-election message where he claimed that “the disgraceful media attempted to manipulate” Trump supporters’ “emotions.” In another representative example of the NRA’s attacks on the press, LaPierre told attendees at a 2014 conservative gathering that the press is one of America’s “greatest threats” and said, “NRA members will never, and I mean never, submit or surrender to the national media.”

This is more than interesting. It should be of concern to the free press and our democracy. We can’t have an organization as well funded and influential as the NRA making these kinds of statements to stifle the press and deceive the public. Measures to save lives by preventing at least some of the daily shootings in America depend on facts, reporting of the facts and holding our leaders accountable. Why should an organization like the NRA have any more influence than any other organization? Why will our President-elect listen to the NRA?

If we don’t ask and then answer these questions, the daily carnage will continue unabated. It is incumbent upon the public and our elected leaders to figure this out if they want to truly deal with our national public health and safety epidemic of gun violence.

Where is common sense?