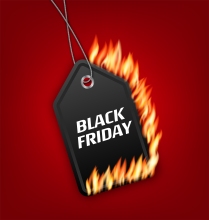 (Apologies for the formatting. Something went wrong with WordPress while posting.)

Yes, America, we just finished what is supposed to be a peaceful family holiday. As for me, it was one of the better Thanksgivings we have had. Our cabin has become the gathering place for our family so everyone converged in our small place for the holiday week-end. We managed to cook the dinner in our small kitchen and it was one of the best and tastiest yet. There were no arguments- no violence. Laughter, kids sliding and playing outside in the snow and memory making times.

Black Friday is here. Shopping has begun and deals are happening all over the internet and in stores. Americans love deals on things. The holidays are officially upon us, like it or not. As I wrote in my last post, the holidays mean something very different to victims and survivors of gun violence. Just as with any disease or accidental death, the unexpected loss of a loved one is very difficult at holiday times. Since my focus here is on gun safety reform and gun violence prevention, I write about the loss of loved ones in violent, often preventable deaths due to shootings.

And as we know, shootings don’t take a holidays. This year was no exception. In Kentucky, 2 were shot dead at a football game :

A West Virginia man shot and killed a teen for bumping into him:

William Ronald Pulliam appeared unrepentant after fatally shooting a teenager during a confrontation outside a West Virginia discount store.

“The way I look at it, that’s another piece of trash off the street,” Pulliam allegedly told police, according to a criminal complaint.
But the 62-year-old man, in a jailhouse interview with CNN affiliate WCHS, categorically denied making that statement. He said he feared for his life when 15-year-old James Means allegedly pulled a gun on him. The complaint did not say Means had a gun.

This is “Stand Your Ground” on steroids. Without that gun, the teen would be alive today. Tell me again that more guns have made us safer and that an armed society is a polite society. These are lies perpetrated by the corporate gun lobby and their lackeys in Congress and our legislatures. A teen should not be dead over unsupported fear that he had a gun.
One is dead after a dispute in a Nevada Walmart parking lot:

The incident began about 6 p.m. on Thursday. Local news station KOLO reported that “there was apparently a dispute over a parking spot” and said police characterized the shooting as a road rage incident.

Reno Police said two vehicles stopped near the exit of the parking lot, The Associated Press reported. It said: “Police said both persons involved were armed with weapons and a 33-year-old man was shot dead at the scene.”

So much for “responsible” gun toting Americans with permits to carry.
Of course it makes no common sense but that is not what is driving our gun culture. Because if we practiced common sense, these kinds of shootings would be much more rare.
The Twin Cities area of Minnesota also saw 2 shootings right before the Thanksgiving holiday. One man was shot  and killed in his home and a woman was shot and injured in her workplace by her ex-husband. One was a domestic shooting which occur regularly in our country of guns. The other has not yet been determined but it appears that the victim may have been known by his shooter.
There are more that I likely missed or just did not report. About 80 Americans a day die from gunshot injuries.
So what should we do? Just let these kinds of shootings happen without making the slightest attempt to prevent them? Or without doing any meaningful and scientific research into the causes and effects of gun violence? Or without trying to keep guns away from people who shouldn’t have them?
Just because shootings have not yet affected you does mean that one day, you or someone you know or love could be a victim of a senseless and avoidable shooting. That means that you should be joining in efforts to prevent and reduce gun violence of all kinds- whether homicide, suicide, terrorism, or “accidental”.
It doesn’t have to be like this. The only reason it is is because as a country, we have let the corporate gun lobby and its lapdogs in Congress and legislatures have their way. Lies, deception, fear, paranoia and profits have kept us from saving lives. And we disagree on how that plays out in our everyday lives.
As it turns out, guns are deadly weapons and are dangerous products sold without proper vetting in too many cases and without any training required. The gun lobby has succeeded in getting some of us to think it’s OK for people with no training whatsoever or going through a permitting process to carry loaded guns on our streets.  The gun industry and lobby has convinced some of their lapdogs and members/minions that the shooting of 20 first graders and 6 educators was not enough to change our gun policy. Even the shooting of one of their own, Gabby Giffords, was not enough for Congress to act. I guess it wasn’t enough that 12 people were shot and killed at a Colorado movie theater or that 49 were killed at a GLBT nightclub and ……..
When is enough? What is enough?
It’s a bleak America if you really think hard about this.
And if we believe that President-elect Trump is going to drain the swamp of industry profits at the cost of human lives and lobbyist influence on our Congress and legislators, then I have a bridge to see you in Brooklyn. The NRA spent a lot of money to get him elected and if we think that won’t produce good results for them, we are dreaming. The interesting thing is that the opposite effect may be the result of Trump’s election. Minorities are now buying more guns to ostensibly protect themselves from the potential for more racism and acts of violence, hate crimes or intolerance towards them:

Scott, an African-American, is one of many minorities who have been flocking to gun stores to protect themselves, afraid Trump’s victory will incite more hate crimes.

“You feel that racists now feel like they can attack us just because the president is doing it,” Earl Curtis, the owner of Blue Ridge Arsenal in Chantilly, Virginia, told NBC News.

Gun store owners told NBC News that since November 8 they’re seeing up to four times as many black and minority customers — and black gun groups are reporting double the normal number of attendees at their meetings since the election.

This proliferation of weapons is just not good for America. It is a vicious circle that leads not to self protection but to more gun incidents and more injuries and deaths. We know that more guns has not led to fewer gun deaths but more.
Back to the gun lobby, in this new article in The Trace, we see how the NRA actually cleverly and deceptively has worked for decades to make sure someone like Trump got elected. Sociologist and writer, Scott Meltzer, is interviewed for this article. Let’s take a look fat his observations from the linked article:

Yeah, I think the really interesting dynamic that the NRA has in its rhetoric and its language is that it frames itself and its members as victims of this culture war that’s removing guns and giving special rights to women and people of color and gays and lesbians. Its members are the new minority, they’re the new victims.

The flip side for the NRA is that it also frames its members as heroes, as freedom fighters. The group labels itself as the oldest civil rights organization in the country. It’s essentially a religion, it’s a faith. It’s a fundamental belief system, it’s the religion of freedom — that they have to literally fight ’til the death. That’s what Heston was saying with “from my cold, dead hands,” right? There are not a lot of other single-issue interest groups that would use that kind of rhetoric.

That kind of rhetoric is not based on fact but on raw emotion, fear, power, and loss of control. I get it that many good Americans own guns for hunting and self protection but again, most Americans have not bought into this kind of rhetoric and do understand that gun owning, gun rights and reasonable restrictions on guns and gun owners are not mutually exclusive.  It is because we want to keep ourselves, our loved ones and our families safe that we can agree on this. But what that means seems to be where we can’t meet in the middle. If this is about culture, it is essential that we are talking about the risk of guns and ways to prevent people from getting shot.
#Enough. Let’s get to work to change the conversation, the culture and policy so we can protect our children and families from devastating gun violence.