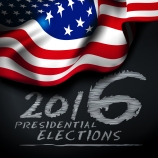 So, Jeb Bush tweeted a photo of his new gun. It’s a nice shiny handgun, apparently his first, with his name engraved on the metal. It was a gift from a gun manufacturing company. When he tweeted this photo, he just used the word “America.” I am betting he didn’t expect the reaction to this ill considered tweet. The gun manufacturing company in question, located in South Carolina ( of course- where the Republicans are fighting to get delegates) is FN America ( when trying to link to their website, it appears to be “unavailable”). Anyway, you can see, on the linked site, the types of guns manufactured by this company. Their trademark is:”The World’s Most Battle-Proven Firearms“.

America. Where daily “battles” occur on our streets leaving behind 32 homicide victims a day and 89 a day dead from bullet wounds due to homicide, suicide and “accidental” discharges.

Let’s take a better look at this company from an article in The Trace:

Bush had just toured the Columbia, South Carolina, manufacturing facility of FN America, a subsidiary of the Belgian arms manufacturer FN Herstal, orFabrique Nationale d’Herstal. Bush’s tweet blew up, with many responses noting the dubiousness of associating “America” with a foreign gun company. But that’s not the most questionable thing about Bush’s embrace of an FN Herstal product.

The company produces a wide variety of guns, for both military and civilian markets. But one of its models, the FN Five-seven, a semi-automatic pistol utilizing a 5.7-mm round, has a particularly sordid history. Developed for NATO, the gun’s power and unusual cartridge type has made it a popular gun with Mexican drug cartels, some of whom arm themselves with Five-sevens bought in the United States and smuggled across the border.

The bullets from the handgun described above, produced by this company, can penetrate body armor and cause great damage to body tissue. It is not (or should not be) a gun for civilians but, as we already know, some civilians get their hands on these guns. More from the article:

In 2009, the gun’s ability to puncture body armor helped make it the weapon of choice for Ft. Hood shooter Nidal Hasan. In an interview with NPR, Tom Diaz, a former senior policy analyst at the Violence Prevention Center, argued that the story of the Five-seven neatly demonstrates the problems posed by the transfer of increasingly sophisticated military-grade weapons to the civilian market.

Posting a photo of a gun gifted to you in a Presidential campaign on Twitter and saying “America” is just a really bad idea. It’s pandering at its’ worst. We know that candidates think they must show their “gun creds” in order to get elected. Or do they? In this case it backfired badly.

Jeb Bush was the Governor of Florida who pandered badly when he signed into law the first Stand Your Ground law. He was a lapdog to the gun lobby. Since that law passed, there have been high profile shootings like that of Trayvon Martin and Jordan Davis and the gun homicide rate increased. Florida is a testing ground for gun laws proposed by the corporate gun lobby. Once a law passes in Florida, we can expect to see it show up in other state legislatures. And show up it did. 33 states have passed Stand Your Ground laws. Thankfully my state of Minnesota was saved (at least so far) from this insidious law by a veto from Governor Dayton.

But back to the pandering. We need to decide as a country whether what matters most in our leaders is their owning a gun and showing us pictures of it ( them) or whether candidates actually care about saving lives and preventing shootings. I would suggest that Jeb Bush did not show much common sense when he tweeted his now viral gun photo.

And speaking of Florida, a Florida man set up a gun range in his back yard because…. America. One of the bullets left his range and landed inside a nearby home where, luckily for the shooter, it only injured the hand of a young girl inside the home. And what happened as a result? Nothing. Because….. America, where gun rights trump public safety. From the article:

But the family’s home was directly behind the line of fire, and one of Lanham’s shots was fired too high and missed the target and berm and instead went through the glass door.

Authorities in other communities have been unable to stop residents from setting up shooting ranges in their front or back yards because Florida law prohibits local governments from restricting gun rights in any way.

A state pre-emption law, pushed by, you guessed it, the corporate gun lobby, does not allow local governments to pass gun laws any stricter than state laws. So people who want to shoot guns in their neighborhoods can go ahead in spite of the noise and the danger.

( And,by the way, a gun lobby favorite, Open Carry, is now “dead”in Florida. In a rare moment of common sense, the Florida Senate rejected the gun lobby’s attempts at loosening gun laws.) From the article:

On Tuesday, February 16, Miami Republican Sen. Miguel Diaz de la Portilla announced that the proposed bills to allow open-carry in Florida, and another bill that would allow guns in airports, are now officially dead.

You saw that right- guns in airports because……. America.

Edited addition to post:- I must add this incident in a Florida school before leaving the state of Florida behind in the discussion. A parent apparently was carrying a gun at his child’s school and the gun “accidentally” fell out of a hole in his pocket. The gun was found by another adult who “accidentally” fired the gun with no one injured. Good grief. This is America all right. Gun owners are not always responsible with their guns but when we encourage a gun culture where parents are carrying guns around while bringing their kids to school, this is the America we get.

My state has pre-emption as well. It’s a bad idea. And speaking of my state of Minnesota, among the very many really bad shootings that have occurred in the past few days  (toddlers killing others, “accidental” discharges killing loved ones, domestic shootings, etc.) this one happened. A man threatened his wife with a gun while she was breast feeding their baby. There is so much wrong with this story that it’s really hard to write about it. But here goes. From the article:

In April 2015, Lehmeier assaulted a child who was 7 years old at the time, and because of it, their five minor children were removed from the home, according to the criminal complaint. He was charged with malicious punishment of a child for that incident and pleaded guilty to fifth-degree assault in November 2015.

July 2, 2015, was the first night they were able to bring their baby home since the child had been removed from their home; the other children had not yet been returned to the home, according to the criminal complaint.

The woman said she was sitting on the couch holding the baby and that Lehmeier became upset because she was spending time with the child and not with him. She said Lehmeier blamed her for the children being removed, and she responded that she wasn’t the one who had been criminally charged.

The woman said Lehmeier then grabbed a 12-gauge shotgun, loaded it and pointed it at her and the child. She said he then pulled the trigger but that the gun didn’t go off, according to the complaint.

She said he then loaded a revolver, saying, “One bullet is all I need to end this,” according to the complaint. She asked him if she could at least put the child to bed first so he wouldn’t be hurt.

Lehmeier then left the room and fired the gun out of the bedroom window, according to the complaint.

The woman said she never reported the abuse because Lehmeier always threatened to kill her or the children.

This is the 2nd case of domestic abuse involving guns in Minnesota in several days. I wrote about the other one, ending with the death of the abused woman and the abuser, in my previous post. Women are afraid to leave abusive relationships. They are often threatened with guns because……. America. Some people should not have guns. Domestic abusers are among them. Efforts have been made to get guns away from abusers but it’s not easy to do. Minnesota passed a law to do just that but this woman did not report the abuse so authorities would not have known of the danger posed by this man.

After Jeb Bush tweeted his gun photo the Brady Campaign released a video of what America is really experiencing concerning guns and gun violence. You can see it here. This is the real America. It doesn’t have to be this way. I believe the public has had #enough of the carnage and the violence and candidates pandering in the worst way using guns to get votes while ignoring the victims whose lives were lost because someone had a gun and shot them.

We are better than this. “From sea to shining sea…” people are dying from gunshot injuries. Let’t get our heads and our hearts together to figure out the best way to prevent those deaths and make America a country safer from devastating gun violence.