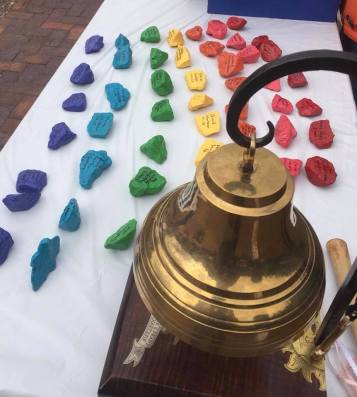 While I was away from my blog several important shooting anniversaries came and went. As time goes by after mass shootings or any shooting, the memories fade and we forget about the pain and the national debate about gun violence. That is how the gun lobby wants it. Calling attention to anniversaries and remembering victims is a painful reminder that, as a country, we are doing virtually nothing to stop the next one from happening.

In fact, a mass shooting occurred just the other day in New Jersey. An all night Art Fair, which is a yearly event, attracted not just art lovers but gun lovers. An alleged “neighborhood dispute” (gang related) ended with 17 injured by bullets and the death of the shooter ( by police). In spite of New Jersey’s strict gun laws there are still shootings as there are in every state. When over 300 million guns are floating around in our country it is becoming easier and easier for shootings like this to take place anywhere.

Gun rights advocates do like to blame most shootings on gangs. They are wrong of course but I’m sure this will happen with this shooting.

My local chapter held a wonderful and meaningful event to mark the 2nd anniversary of the Pulse nightclub shooting. As the names of the victims were read by a Spanish speaking university professor, the bell was rung in memory. All of the names were written on rainbow colored rocks displayed on a table. 49 families remembered the day two years ago when they learned of the death of their loved ones. It was the worst mass shooting by number until the Las Vegas mass shooting surpassed the number of victims.

We can’t forget about the victims, most from the GLBTQ+ community and of Hispanic origin. There has been debate about whether the shooting was homophobic in nature, a “terror” attack or something else. It really doesn’t matter. It was a mass shooting of innocent people who were just living their lives.

Let’s get one thing clear. Mass shootings like the Pulse nightclub shooting are domestic terror attacks. We should call it like it is.

Also, on June 17th, the 3rd anniversary of the Charleston church shooting passed with little notice. For the 9 families of those who lost their lives that day, it was not unnoticed. Anniversaries like that never are. We can’t forget this awful hate crime against members of a Black church. And we remember Cynthia, Clementa, Susie, Ethel, DePayne, Tywanza, Daniel, Sharonda, and Myra.

And tomorrow, the President will show up in home town for a rally. He will bring with him the usual fear, anger and paranoia. Many of us are organizing rallies and events of our own to speak out against the policies of the GOP party and the President. In light of the immigration debacle and attention paid to the disgraceful and shameful separation of children from their parents, we will be showing our opposition to this and other policies with which we disagree. Of course gun violence prevention is just one since there has been no action in spite of the many kids separated from their parents after being shot to death. And their fathers. We can’t forget the pain suffered by the fathers who couldn’t have their children with them on Father’s Day because of a deadly bullet to their bodies.

Many mamas and papas are missing their children every day. We should not be a country that countenances the awful policy adopted by the administration regarding immigrant children. The cries heard on the tape now made public are haunting.

Tomorrow is the summer solstice. In my city, we are having a Soulstice event to feed our souls with music, poetry, speeches and a large get together of those who are wanting change and compassion.

June 21st is ASK day. Parents can save lives by asking if there are unsecured loaded guns where kids can access them. And teens should ask their parents and their parents’ friends if their own guns are secured as well. Teen gun suicide is a leading cause of death and a senseless avoidable death.

Asking will save lives.

We have had #Enough and we call BS every day that no action is taken.

As an addendum to my post I am including a few photos of one of the most beautiful places I have ever visited in the Banff National Park in Canada. It was worth the trip to find so much peace and beauty in one place and not have to worry about gun toting visitors to disturb the peace. 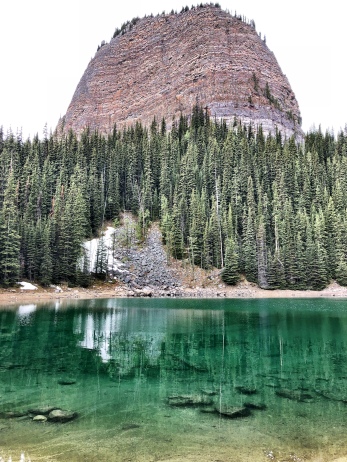 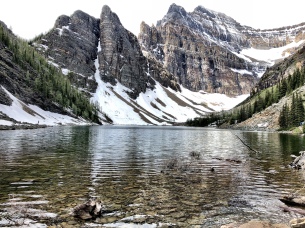 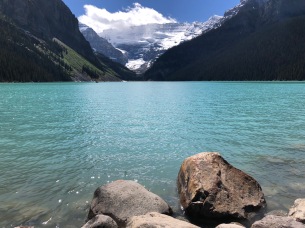