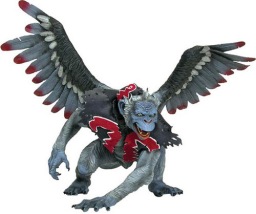 So, it seems that lies are what will form the policies important to Americans in the new administration. I have cited some of the many myths and lies promoted by the corporate gun lobby, most specifically by Mr. Wayne LaPierre. Now LaPierre has a seat in the White House so he is whispering his lies into the ears of the President and, on that basis, new rules and policies will be issued. They are already starting.

The House voted to overturn an Obama administration order that those on Social Security disability benefits who cannot manage their affairs should not be able to buy guns legally.:

The rule sought to limit the ability of those with mental illness to purchase guns but drew criticism for casting too wide a net and not providing the opportunity for due process. Opponents of the rule, including the National Rifle Association and the American Civil Liberties Union, also said the broad range of reasons that could be used to designate someone for the SSA database include conditions that should not stop a gun purchase.

The question is, do we err on the side of safety or not? Brady background checks save lives. There is a reason for them. There are some people who should not have guns, period. If this is an overreach as some have claimed, why not find a middle ground or a place where safety comes first. The corporate gun lobby is just waiting to roll back all gun safety regulations. Guns everywhere owned and carried by anyone is their alternative fact. It flies in the face of common sense and safety.

But never mind. Common sense is nowhere to be seen and will be nowhere to be seen for years. The public safety and health of our nation’s citizens is at risk. We will not be safer when people who are so disabled, mentally, that they can’t manage their affairs own and carry guns around. In what world does that even compute?

Take my brother, for example. His increasingly fragile health due to Parkinson’s Disease with concomitant mental problems and some dementia, should deem him unsafe with a gun. Luckily his guns are stored at a friend’s home so I will not worry about this as his sister and caretaker. There are days when he mentions suicide. For him, access to a gun would be dangerous to himself and others. His balance is awful, he falls frequently, sometimes he has episodes of hallucinations due to his PTSD and Parkinsons’.

But the gun lobby thinks this is just okey dokey for all of us.

They are wrong but they will get their way. Sadly, that is what things have come to in America. Caring for people’s health and safety finds itself at the bottom of the list of priorities. It’s all about profit and stroking the egos and fund raising of cronies.

In our “new America” anything goes for the gun lobby. They have been drooling about this moment for a long time. This article from The Trace pretty much sums it up:

They’ve become viable because we’ve seen a rightward shift in American politics, generally speaking. Ideas that are viable today would have been seen as far too extreme 20 years ago. The rightwing itself has become far more conservative. There’s all kinds of data on this. Democrats, ideologically, are pretty much where they’ve been over the last 20 years. But Republicans have become far more conservative. That’s part of the reason why Trump won. The gun bills the NRA pushes are part of this larger rightward shift — that, and the never-ending drumbeat from NRA that gun rights are under attack. The inevitable consequence of all the apocalyptic rhetoric is that you continually move toward what would have been considered an extremist agenda in years gone by. Part of the reason the NRA keeps moving in that directions is that it has gotten much of what it wants. The NRA has to keep developing new measures to enact to have a purpose, maintain support, and keep the base motivated.

So we have a power hungry President who sows conflict and chaos and owes the gun lobby who sow fear and paranoia. Not a good combination.

People who have narcissistic character disorder, as many ascribe to our new President, use “flying monkeys” to scare the public and intimidate them into believing in their false statements and agendas. A former family member of mine is a narcissist. There is no way to argue with people who exhibit these traits. They are always right even if they are patently wrong and their flying monkeys and sycophants agree and even foment more fear and lying. Blaming the victims and gaslighting are their MO.

We are here now.

Take last night’s appearance by Presidential advisor Kellyann Conway on MSNBC’s Hardball with Chris Matthews . When asked about the extreme and controversial immigration executive order, her defense, and indeed the reason it was done had to do with a non-existent massacre in Bowling Green, Kentucky. Unfortunately Matthews did not call her out on her bold and blatant lie but others did.

Below is from the Brady Campaign President, Dan Gross:

Conway’s comments were made during an interview on MSNBC during which she also stated, “You just look at what’s happened in Orlando in San Bernardino…and avert your gaze…and look the other way and say ‘eh, things happen.” We agree, which is why, in light of the “Bowling Green Massacre,” we are calling on the administration to take action to keep guns out of dangerous hands, including terrorists. It could start by signing this draft Executive Order.

The draft Executive Order would be based on facts and a willingness to prevent gun violence and save lives. But we know that alternative facts are the name of the game at the White House now. Conway did not get away with her lie. And it’s possible she actually believes that this event occurred which is even more frightening.

Does she (and to Trump’s flying monkeys) know that 33,000 Americans a year are killed by gunshot injuries? Do they know that toddlers kill more people with guns than terrorist? Of course not. Or if they do, either they don’t believe in the truth or they have chosen to ignore it because of their dangerous agenda.

Shouldn’t we be doing something about this urgently? It’s an American tragedy and a public health crisis. Where are the executive orders?

Conway also lied about the Orlando shooter, who she frequently cites as a reason we need draconian immigration rules. The Orlando shooter was born in America. How would extreme vetting at the border have stopped him from shooting up 49 gay people at a nightclub?

Simply put- it is a lie.

Being surrounded by liars, conspiracy theorists  and flying monkeys will lead to destruction from within. Meanwhile, how will the country fare?

It’s going to be a long 4 years, if our President lasts that long. A President who lies and believes in his lies or lies intentionally or lies to protect himself or lies to promote a dangerous agenda will soon be caught with one too many of them.

It’s only been 2 weeks. The nation is suffering from PTSD. And if that is also by design, the meanness and evilness of that is hard to square with a country based on democratic principles and the rule of law.