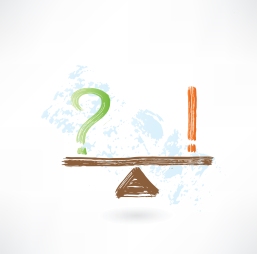 There is a balancing act between stronger gun laws and gun rights. The two are not mutually exclusive as the corporate gun lobby would love you to believe. The fact is, most gun owners and even NRA members agree that we need stronger gun laws. So why the opposition to laws that make common sense?

The question in the title of this post is the most important question we can ask. We actually know the answer but we’re not doing what we need to do to stop crime guns from getting into the hands of those who should not have them. Why not? The gun lobby opposes measures that would do just that. More on this later. And opposition from the gun lobby to research that could give us more answers has hampered solutions to our country’s national public health and safety epidemic.

Just one example of our weak gun laws is the Georgia woman who bought a gun in a straw purchase for someone else. The gun was used to kill an officer. From the article:

A Jonesboro, Georgia woman who bought the gun used to kill Omaha Police Officer Kerrie Orozco was sentenced on Monday.

Twenty-six-year-old Jalita Johnson was convicted in August after pleading guilty to lying when she bought the gun for her convicted felon boyfriend, Marcus Wheeler, who later used the gun to kill Officer Orozco in May while she was attempting to serve a warrant on Wheeler for his arrest. Wheeler was killed in the shootout with police during which Officer Orozco died from her wounds.

Johnson was given one year of probation, 40 hours of community service and 180 days’ home confinement.

Authorities say Johnson bought the Glock semiautomatic, a 50-round drummagazine

and ammunition from a pawnshop in Jonesboro last April. At the time, she was required to fill out a Bureau of Alcohol, Tobacco, Firearms and Explosives form that requires the purchaser to disclose the identity of the true buyer or transferee of the gun.

Johnson stated on the form that she was the true buyer when in fact she was buying it for Wheeler, who was a convicted felon and couldn’t buy the weapon himself. Wheeler provided Johnson with the money to buy the gun and magazine. He also directed Johnson on which gun and magazine to buy.

Why did this woman only get probation and community service? She knew exactly what she was doing when she lied on the form to purchase that gun. She knew that her boyfriend was a convicted felon. She may not have known he would kill someone with that gun but felons are not allowed to own guns, period. Unless I missed something, the punishment did not fit the crime in this case.

We need to crack down on straw purchasing and gun dealers who are responsible for crime guns getting into the illegal market place.  There are no excuses for “bad apple” gun dealers and the Brady Center is calling attention to them in order to cut gun deaths caused by guns sold by them. About 5% of gun dealers account for about 90% of crime guns. That is not acceptable.

The Trace has a new article about where the crime guns that make themselves into the Chicago market come from. It’s stunning to see where they come from. Watching the animation of the guns flowing into Chicago is instructive. From the article:

Data from the Bureau of Alcohol, Tobacco, Firearms and Explosives (ATF) backs up the president’s point. The agency cannot trace every gun taken in by law enforcement. But between 2010 and 2014, it was able to source between 40 and 60 percent of the firearms recovered in Illinois, the vast majority of which were crime guns. Statewide, most of those weapons came from elsewhere in Illinois, a pattern seen in other states. But thousands found their way into Illinois — and often, Chicago — from parts of the country with weaker gun laws. (…)

While the Windy City outlaws gun stores, straw purchasers can pick up firearms in neighboring suburbs that have track records of failing to police the gun sellers within their borders. Across the state line in Indiana, gun laws are loose enough to earn the state 17th place on Guns and Ammo‘s list of the best states for gun owners (Illinois ranks 43rd).

Not coincidentally, as the visualization above shows, in 2010, 2011, and 2014, the annual count of Illinois crime guns originating in Indiana topped 1,o00 guns per year. (In 2012 and 2013, there was a big dip in Illinois crime guns coming from Indiana, though the ATF isn’t sure why.) Mississippi was next in line, trafficking about a third as many guns into the state. At least four others exported more than 500 guns to Illinois during 2010–14. Five more states sent more than 400 each. (…) Across the country, guns make their way across state lines, and into crime scenes, in similar fashion. In Chicago, it’s why police can seize an illegal gunevery 75 minutes but fail to stop the tide. And nationally, it’s why the chief of the ATF’s violent crime and intelligence division has compared trafficked guns to cockroaches in an apartment complex. If you aggressively treat the problem in one place, while leaving it unchecked elsewhere, the infestations will continue.

The gun nuts love to taunt gun violence prevention activists with the Chicago gun problem claiming that Illinois and Chicago laws are strict and yet Chicago still has a high rate of gun violence. So they want us to think that gun laws don’t work. It’s just the opposite actually. Most of the crime guns come from out of state where gun laws are weaker. And that is exactly why we need stronger federal gun laws.

From the linked article above about Chicago’s gun and shooting problem:

The gun nuts love to hate President Obama and make claims ( unfounded and false) that the President intends to take guns away and create a national gun registry. There is no truth to this but Chicago is the President’s home town and so the claims about gun laws not working in Chicago take on a symbolic meaning. The gun lobby just loves symbolism and deceptions.

I am wondering if those who advocate for weaker laws actually care about crime guns and where felons and others who shouldn’t have guns get them? If they do, as they sometimes claim to do, why aren’t they working for stronger gun laws to require background checks on all gun sales and strengthening straw purchasing and trafficking laws? Instead, the gun lobby opposes potential live saving measures. This 2012 Salon article lays it at the feet of the corporate gun lobby:

No one honestly doubts that the NRA is the reason there is no serious debate about guns in Congress. So today we live under a series of  laws written or advanced by the NRA. Today a state can impose a death sentence or life in prison on someone who commits murder with a firearm. But the “What, me worry?” gun dealer, who supplies multiple murderers with guns he claims were “stolen” from his inventory, guns he never recorded on his books, or guns he sold to straw buyers with a wink and a nod, can operate with virtual impunity, thanks to laws written by the NRA.

One of these, passed in 1986, drastically reduced penalties for dealers who violate record-keeping laws, making violations misdemeanors rather than felonies. Another established an absurdly high standard of proof to convict dealers who sell to criminals. In 2003, Congress, at the NRA’s urging, barred the Bureau of Alcohol, Tobacco and Firearms, the much-maligned agency responsible for enforcing federal gun laws, from forcing dealers to conduct inventory inspections that would detect lost and stolen guns. Car dealers like to know when inventory goes missing. Gun dealers? Not so curious.

Most astonishingly, the same NRA-inspired law forces the FBI to destroy Brady background checks for gun purchases within 24 hours, which makes it harder for law enforcement to identify dealers who falsify their records and makes it impossible to cross-check purchases made by gun traffickers from multiple dealers. Although federal law requires a dealer who sells more than one handgun to a single individual in a five-day period to file a special report with the BATF, the agency is unable to cross-check purchases from multiple dealers, so gun traffickers can simply hop from one gun store to the next, buying a single handgun at each until they accumulate the arsenals they want. Put another way, the NRA and its backers in Congress created a law that forces the FBI to destroy evidence of crimes, evidence of illegal multiple gun purchases.

This is a national tragedy and more than that, it’s disturbing and outrageous.

We can act to change this if we let our elected leaders know that if they listen to the extreme gun lobby,they will be aiding and abetting gun trafficking which leads to crime guns in the hands of people who should not have them. Why is this allowed? Who are we more afraid of- prohibited purchasers with guns or the gun lobby? I know what my answer is.

A gun trafficking law has been lying dormant in Congress for several years now. In September of this year, a 2013 bill that failed to get enough support after the Sandy Hook shooting, was re-introduced by a bi-partisan group of House members.

We can get this done if we have the will and we demand change to public health and safety measures that will save lives. It’s past time for this to happen. 89 Americans a day die from gunshot injuries. Gun trafficking bills and expanding Brady background checks are 2 ways to keep guns away from people who shouldn’t have them. It’s just plain too easy to access guns for young children, teens, felons, those who are adjudicated mentally ill, domestic abusers and others who should not have them. We can prevent some of the daily carnage in our communities. We’ve had #enough.

Let’s get to work.