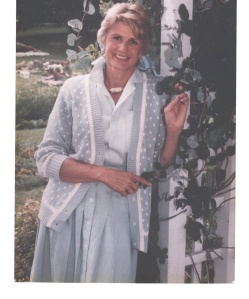 Anniversaries are important. Couples know that it’s important to remember each other on their anniversary. Forgetting is not a good idea for obvious reasons. My wedding anniversary is in August. It just happens that it’s on the same day our 3rd grandchild was born so we never forget this one.

August is a month, like all months, of shooting anniversaries. The one that is most important to me is the day my sister was shot and killed by her estranged husband. That would be Aug. 5th- 23 years ago. It might seem like it was really a long time ago. It was. But I can remember the details as if it were yesterday. I can remember the phone call. I can remember the feeling of disbelief and then of a slow reality that this was happening to my family- to my family. Not someone else’s. But mine. How could that be? Things like this only happen to someone else.

I can remember how painful it was to have to inform my mother that her oldest child had been murdered. That was for me. Only I couldn’t do it. She was at her cabin far away in a remote place with a visiting relative. It was night time. It was a 3 hour drive. What to do? We waited until morning and my husband made the call. It was so difficult. She was brave. And she came right home to be where she needed to be. With family. Now what?

We huddled. We cried. We railed. We read the newspaper accounts since the shooting was committed by someone well known in the city where he lived. They were getting a divorce. He was resisting. He was in contempt of court for refusing to cooperate. This had been going on for several years. My sister was moving on to a new relationship. He had already moved on to a new relationship. Things were not going well legally. She and her new guy were delivering legal papers that came to my sister’s house ( he had moved out some time before the shooting). He must have asked them to come inside. They did. She felt protected by her man friend. That didn’t work. He shot and killed them both.

But I try not to remember these kinds of details. What good does it do? My sister is not here any longer to enjoy the grandchildren she would never know and love or my grandchildren that she will never know. She didn’t get to be at her oldest son’s wedding or be the beloved aunt at my own children’s weddings. She didn’t get to see her life through to actually be divorced from the man who shot her and move on to a relationship with a man who loved her and was ready to be with her as they grew old together. Her potential was never reached. Lives lost are lives not lived and lives of people who had much to give to the world and their families and communities. Memories can’t make a difference in the world.

My sister was a beautiful woman- an actual beauty queen. She was intelligent, athletic, educated, caring, daring, creative and loving. She was an artist. She was a pilot. She played tennis well. She was a biker. She loved music and plays. She loved her children and her family and welcomed everyone in. She was a bit frenetic, talking as she did other things and creating some chaos in her wake. It was always interesting and exciting being around her. She attracted a lot of attention and was loved by many. She was a strong and independent woman as well. And she knew her marriage needed to end. She stood up for herself in the divorce process and that is what makes for trouble sometimes. She was trying to leave this relationship. It often takes women 7 or 8 times to get out of an abusive relationship and it is while they are trying to leave that can be dangerous for women. Abuse takes many forms. It was not physical abuse in my sister’s relationship. It was rather more emotional and financial abuse. You can check out the Power and Control wheels developed at Domestic Abuse Intervention Programs for more information.

The majority of women killed in domestic disputes are killed with a gun.

So it is in my sister’s memory that I do what I do. Her shooting death changed the lives of her family and friends forever. For me, it launched me into advocacy to prevent senseless gun violence. I have been working towards common sense gun laws and changing the gun culture for the last 15 years since I marched in the original Million Mom March on the National Mall. It’s been an interesting ride. There have been challenges, some defeats and some victories. I am part of a movement that is changing every day.

One of the big changes that has not been achieved is making sure all gun sales go through background checks. The Brady background check law came into effect after my sister was shot. It would not have made a difference in her case because my now ex and dead brother-in-law would have passed one. He was a “law abiding” gun owner until suddenly he wasn’t. He was a “responsible gun owner”. Or was he? He had loaded guns sitting around all over his house- a fact we learned after the shooting. He was a gun nut. He loved his guns. My sister was nervous about this. No one thought anything about it because- well just because. Awareness of the danger of guns in the home came for me after this happened to my family. I grew up in a house with guns. Hunting guns. Not handguns or AR-15s. No one had those where I grew up. I learned to hunt. My husband is a hunter. We are gun owners. But we are more savvy now about the facts and we understand that a woman in the US is 11 times more likely to die of a gunshot injury if she lives in a home with a gun than women in other high income countries. We know that children are also at risk when loaded guns are accessible to them. Women and children were not being shot in the numbers they are today as when I was growing up. The organization founded to support hunting and gun safety has turned into a huge and well funded lobby organization in large part supported by the gun industry that makes profits with every gun sale.

Just because an expanded background check system would have unlikely affected the outcome in my sister’s shooting does not mean it won’t for many others. We also now know about the effect of the private sale “loophole” in the Brady law. Occasional sellers have become much more than occasional. It is estimated that about 40% of gun sales go without background checks through private sellers at gun shows, flea markets, classified ads, and now, on-line sales.

A great and informative article about how easy it is for people who shouldn’t have guns to get them anyway was written by a Tennessee woman. This woman goes through the process of how easy it is to get guns from sites like Armslist.com. We know now that the shooter in Chattanooga got 3 of his guns through this site- no background check, no questions asked. You can do your own research like this woman did and find out for yourself what she found out. The majority of gun sales on this on-line exchange are through private sellers.

I did my own exercise looking at the number of handguns for sale just in the Minneapolis area on Monday of this week. I narrowed my search to private sellers. I found that there were 45 handguns for sale in the area and 27 of them were private sellers. That means that 60% of the handguns for sale on Monday, August 3rd in Minneapolis alone were offered by private sellers. Who knows who the buyers might be? Private sellers don’t have to find that out. As the author of the above blog says, some private sellers sell guns to people they know shouldn’t have them and many sell these guns “inadvertently” to people who shouldn’t have guns. But when you are a private seller, you must understand that people who are buying from you could very well have an order for protection out for themselves and their intent just may be to use that gun to kill a spouse/partner. It happens every day. That person could be like the shooter of the Lafayette theater who was only voluntarily committed to a mental institution.

The only way someone like the Lafayette shooter gets his/her name into the FBI data base is when they are involuntarily committed to a mental health facility.  A voluntary commitment doesn’t rise to the level of concern apparently for a gun purchase. Who got that provision into our gun laws? Who got the provision about no background checks for private sellers? Who got the provision that a gun has to be handed over to a seller after 3 days even if a background check was not completed because of something called a “default proceed”?

These questions are finally being asked and some are being answered. What we have is a flawed system, in part written and supported by the gun lobby and its’ bought and paid for politicians, that is allowing guns to get into the hands of people who should not have them. All the way around, something is wrong. Something is wrong with all of the shootings happening every day in America no matter where the shooter got a gun or who the shooter is. The fact that this is not more alarming and immediate to our leaders is shameful and downright inexcusable.

So the effort to make families and communities safe from devastating gun violence goes on. People like me with stories to tell will keep telling them to call attention to the scourge of gun violence all over our country. Many groups and individuals are successfully pushing back efforts of the gun lobby to get guns everywhere and in the hands of anyone. We will succeed when politicians feel the pressure from even the gun owners and NRA members who are fed up with the shootings. Most gun owners are nice people who own guns for sport, recreation or maybe even for self defense. They are hopefully practicing responsible gun ownership. But even responsible gun owners have episodes of anger, depression, relationship problems, too much alcohol or leave a gun unsecured for a child or teen to find.

Today I dedicate my blog post to my beautiful sister who was shot and killed 23 years ago.

I want to add that today is also the anniversary of the Sikh Temple shooting that took the lives of 6 inn0cent people in a terrible mass shooting. From this article:

Members of the Sikh community and the Sikh Temple of Wisconsin say they’re using the tragedy to teach others about understanding and compassion for others.

“We have a lot of shootings going on around the city, around the world, around the nation. How we can make a bigger impact — so that we can spread message of love and compassion?” Dubey said.