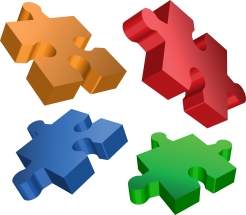 As always, after mass shootings, people on both sides start offering solutions. The most common sense solution to come from this particular shooting is to expand our background check system to require background checks on all gun sales. Why? It’s just a good idea in general. But the Chattanooga shooter got many of his guns through the Internet site, Armslist.com where buyers and sellers can be connected to make gun sales.

You can check what guns are available for sale in your own state or city by clicking on the site and going to your state. Then you can click on private party and see that many, if not most, of the guns sold on this site are sold by private parties where background checks are not required. That’s just crazy. I checked on my own state of Minnesota for today and here is what I found. There are 6 handguns listed for sale for today, all from private parties.

Clearly we have a problem. The interesting thing about Internet sales is that the gun rights extremists are in denial about how they work. They make claims that all guns purchased on the Internet have to be picked up at a federally licensed firearms dealer. That, of course, is only for those purchased at a gun dealer on-line. The sites like Armslist are for connecting buyers with sellers and so have no requirement that background checks will be required. This is a dangerous market place for selling guns and we know that other shooters have bought guns from this site. If we don’t do anything about this, more dangerous people will purchase guns this way and it will be legal because we have not made it illegal. That is unacceptable. Lives can be saved. Not to do so by stopping these kinds of sales is not only irresponsible, it is negligent.

It’s vitally important to look towards background checks to save lives. The Charleston shooter who massacred 9 innocent black people in a church, should not have been able to purchase his gun. But an error in our FBI NICS system allowed the sale to go through. Had he been unable to get that gun at the gun dealer, he could easily have used a private sale on an Internet site or found a private seller at a gun show or other venue. This is not a puzzle. It’s solvable. Let’s put the pieces together.

Instead, the other solution now in the news is to arm all state side military members so they can protect themselves. There are many reasons why this is NOT a good idea. This article from The Trace explains it”:

Most service members — 99 percent of airmen, 88 percent of sailors, and about two-thirds of soldiers and Marines — are not in direct combat roles, but instead are technical workers whose specialties support those “tip of the spear” troops. These include navigators, supply clerks, water purification specialists, and camera crews. Roughly the same breakdown applies to the backgrounds of recruiters and reservists. Practically speaking, this means that your average military member’s firearms experience may only go as far as some boot camp familiarization with a service rifle on a “static range,” plinking at paper targets to qualify for a marksmanship ribbon. Some servicesare more stringent than others — “every Marine is a rifleman,” the old saw goes, but even most Marines only qualify annually in the narrow realm of target marksmanship, not tactical handgunning or law enforcement uses of firearms. Civilians may believe that all members of the military are “stone-cold killer weapons experts,” as former Army Special Forces officer and Pentagon official Steven P. Bucci told the Boston Globe, but their files say otherwise.

The upshot is that your average service member is more qualified than most civilians to handle guns, but no more qualified to neutralize an active shooter than the average professional mechanic is to race the Daytona 500.

And they don’t need to be, because most military sites have dedicated baseDepartment of Defense police and military members like MPs and masters-at-arms who specialize in armed law enforcement. (…) The result of all of the above: Hardly any military office meets the definition of a “gun-free zone,” but every military office does observe strict discipline on gun use. “Arming DoD personnel with firearms shall be limited and controlled,” the policy states, limiting armaments to “qualified personnel” — those who apply and qualify to carry weapons, then undergo special training — “when required for assigned duties and there is reasonable expectation that DoD installations, property, or personnel lives or DoD assets will be jeopardized if personnel are not armed.” When determining if those conditions are met, commanders are required to consider “the possible consequences of accidental or indiscriminate use of those arms.”

And more about why arming all military as a bad idea just as arming all citizens is ( from the article):

That’s to say nothing of other shootings — such as the 2013 Navy Yard murders or multiple fatal killings at Fort Bragg, home of the Army’s airborne and special forces — perpetrated by the very same uniformed and civilian military personnel that conservatives seek to arm. Dating back to 1994, there had been 20 shootings on or around military installations before the Chattanooga tragedy. All of them were committed by disgruntled uniformed or civilian military workers. As one Navy training brief on active-shooter situations points out: “Most attackers had no history of prior violent or criminal behavior.”

Beyond the practical concerns about an increase in accidents and criminal killings, military planners have another reason to be sanguine about arming service members en masse: It poses an inherent risk to civil liberties in the United States. Since the late 1800s, the Posse Comitatus Act has limited the federal government’s ability to use military members to carry out domestic law enforcement duties. It originated in the rollback of Reconstruction-era policing of the South, but since then, the law has been widely praised as a safeguard against federal martial law on the streets of America. Second Amendment advocates who often defend personal firearms ownership as a check against government abuse and tyranny would likely be among the first Americans to criticize arming domestic military members wholesale in the name of “security.”

Isn’t this exactly what the gun rights extremists are afraid of? A heavily armed government is going to come for their guns. There will be tyranny so they prepare themselves by arming up. Perhaps the “solution” to arm all military who serve in non combat roles in our own country will give the gun nuts even more fuel for their crazy and paranoid ideas about the government surely out to get them. This will drive up gun sales yet again. It’s a vicious circle for sure.

And the article ends with the obvious:

But arming all military workers everywhere is not one of those sensible new measures. At best, it’s the gut feeling of a car repairman in Connecticut and the political stumpers that pander to him; at worst, it’s the xenophobic expression of pathos by conservative chickenhawks. One of their more ornery (or, possibly, more honest) spokesmen, actor and right-wing activist James Woods, displayed the latter sensibility on Twitter last week. “Chattanooga exposes AGAIN several liberal fallacies,” he wrote. “‘Gun free zones’ are ‘safe’; military shouldn’t be armed; POTUS cares about military.”

This is a particular gun-loving, Islam-fearing ideology taken to its logical conclusion. By this logic, every inch of public space in America is an active battleground, and every American who opposes the militarization of that space (including war-worn Army brass like Odierno) hates America and its troops. It is precisely the sort of emotional argument for a perpetual combat footing that shouldn’t be mixed with lethal weaponry, proffered by precisely the sort of sideline sitters who would never take part in the war. Actual military security experts know better.

Having an armed American is just not going to make us safer. We need to come up with other solutions to the problem of armed people who shouldn’t be on the ready to attack military facilities, movie theaters, schools, shopping malls, and churches.

This does not have to be a puzzle. The pieces fit if we make them and have the will to work on it. But so far, even after the recent mass shootings in Charleston and now Chattanooga, we are not doing what needs to be done for public health and safety.

Proactive and preventative measures, like background checks for all guns sales,  have the most chance of saving lives. It’s time for us to get to work to stop the next mass shooting and the next domestic shooting and the next time someone shoots a disabled veteran with his own gun while he is guarding sea turtle nests. Our insane gun culture, thanks to the corporate gun lobby and its’ bought and paid for politicians, is coming home to roost. It’s time for a change. Let’s get to work for we are better than this.

And I would be remiss if I did not ask for a moment to think about the victims of the Aurora theater shooting, 3 years ago today. The shooter was just found guilty by a jury just last week so the families have had some sense of relief. But today, they remember the 12 of their loved ones who were shot dead by a young man who should not have had access to guns and ammunition. And 70 more were wounded.